I was staggered to learn from a Goodreads e-mail that I’m reading a book called Mona Lisa Eyes. NOT!!! I spotted the title in my Kindle library during a clean-out last week, clicked to investigate, and deleted it. Apparently Kindle reported that click to its parent company, Amazon, which passed it along to another subsidiary, Goodreads. Now that entire worldwide corporate network not only records me as reading a book I haven’t read and never will, but is publicizing that lie, and probably selling it.

And I can’t undo this. There is no “Wrong!” button. I may be peppered for years with online ads targeting me for a nonexistent interest. Depending on how widely Amazon shills the data it collects (and makes up), I could be watched by every pair of eyes on a book cover for the rest of my digital life. 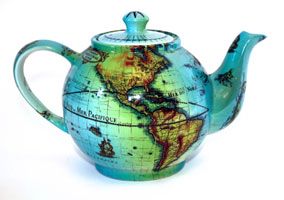 In this teapot-sized tempest I’m hearing echoes of David Brooks’s observations in today’s New York Times about shifting values, beliefs, and tactics as reflected by the meetings that just ended in Toronto and Singapore. “The failure of [the G7] summit . . . was about the steady collapse of the postwar order and the way power structures are being reorganized and renegotiated across societies and across the world. . . . In the low-trust Trumpian worldview, values don’t matter; there are only interests. . . . Friendship is just a con that other people try to pull on you before they screw you over.”

From my POV, today’s small Amazon lie reflects the glee with which corporate America has embraced this profit-enhancing worldview. To companies like Goodreads and Facebook,

“friendship” is a con they can pull on their customers for the purpose of screwing them over. This is why it was dangerously nonsensical for the Supreme Court to declare that corporations are as entitled as human individuals to free speech. It’s built into the nature of corporations that “values don’t matter; there are only interests.” This is why Donald Trump, whose identity reflects a lifetime in corporate settings, has been identified by many traditional political players as the #1 threat to U.S. security. But it’s not just him. It’s the shift in orientation that Brooks describes, that the contrast in summits just showcased, and that every little lie by Amazon and its ilk affirms.