Bathtub Gin on Broadway: A Night in the Roaring ’20s at SF’s The Speakeasy

“You have a watch repair appointment tomorrow night.” That’s the first cryptic message slipped through my cyber-mail slot by The Speakeasy. It’s a reminder that this is Prohibition we’re stepping into. From 1920-1933, buying drinks in a nightclub wasn’t just breaking the law but the Constitution. Shh! If the feds find out what we’re up to, we’re history. 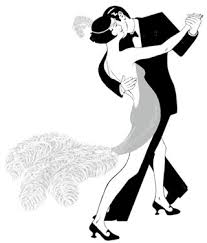 We’re history anyway, since The Speakeasy’s immersive theater starts with period costumes. If you can’t deck yourself out in a flapper’s beaded dress and headband or a natty suit and fedora, you may be re-togged at the club.

But first we have to get in. Step One: meet a woman in red trenchcoat on a certain North Beach street corner and ask her a certain question. She directs us to a watch-repair shop nearby, where a surly bouncer guards the oh-so-secret entrance.

And suddenly it’s the Roaring ‘20s! Scantily clad girls are prancing behind ostrich-plumed fans on a cabaret stage, while roulette wheels and card games get under way in the casino, and dramas erupt in the bar. Through windows in the hallways of this maze we peep and eavesdrop: In the office, the club owner and his wife are arguing. In the dressing room, the star singer threatens to start a slapping match with a chorus girl.

The joint is jumping! Cocktails appear and disappear. So do gamblers, showgirls, and customers. An emcee tells punchy jokes, a jazz combo plays, drunks lurch, a reporter gets the boot. Sandwiches? No thanks. We watch the show for a while in the cabaret, stroll through the casino, and almost get caught up in a bar fight. The only thing missing is a cigarette girl.

My involvement in theater and storytelling goes back to childhood; I vividly remember my sister and me acting out our own version of the TV show The Roaring Twenties, singing about Prohibition and bathtub gin long before we had any idea what they were. Now that it’s almost a century since the U.S. passed the only Constitutional am 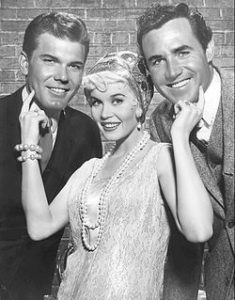 endment it later repealed, The Speakeasy has a slightly different role from its namesakes. This is storytelling in action — a grownup version of the make-believe history my sister and I performed for our stunned parents. 35 local actors are paid (yesss!!!) to steer a nightly crowd of participant-spectators from the arm’s-length entertainment in the cabaret to the hand-is-quicker-than-the-eye action in the casino. I was fascinated by the 4-D script: how does each actor know when to move from one scene to another, with so many going on at once? How often does someone from the audience step into the drama, and then what? Crucially, can this crossover between theater, gaming, and 3-D real-time reality become as engrossing — even addictive — as its virtual counterparts?

What do you think?