For now we see through a glass, darkly; but then face to face: now I know in part 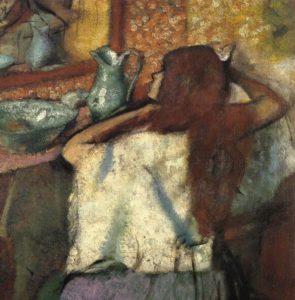 ; but then shall I know even as also I am known.

That line from Paul’s letter to the Corinthians has always haunted me. I can vividly remember lying awake when I was young, wrestling with my brain to know more: Who am I? What am I doing here? and What is God?

Now that I’m at the other end of life, I understand a truth I’ve learned from science as well as from just plain living. Human understanding is limited by human physiology. What a piece of work is a man, said Shakespeare, and it’s true. But what a piece of work is a dog’s nose. A mosquito’s flight. A whale’s sonar. We know in part, because part of existence is all that our human senses can detect, and our human brains can process. They’ve evolved to cope with the fraction of reality that’s essential to our survival. 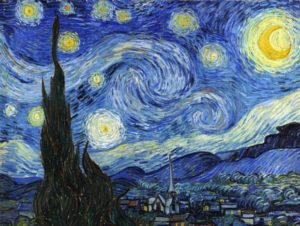 We feel like we know and understand the world. But in fact, we live in metaphors. In fact, the sun and moon are not the same size, and stars are not candles in the sky, and a piece of wood isn’t solid. It’s mostly space, dotted with atoms flying faster than a mosquito. We treat it as solid because that’s how we perceive it, and because we have a practical need for it to be solid, as furniture or fuel or whatever.

As the world has become more global, I’ve been trying to be aware how different people’s metaphors are, according to the person, and even more, the culture. Westerners think villagers in country X are backward because they believe diseases are caused by demons, whereas we know they’re caused by germs. The villagers think we’re backward because we’re always washing our hands, when we should be praying or casting a spell. What matters more? If a metaphor is true, or if it works? 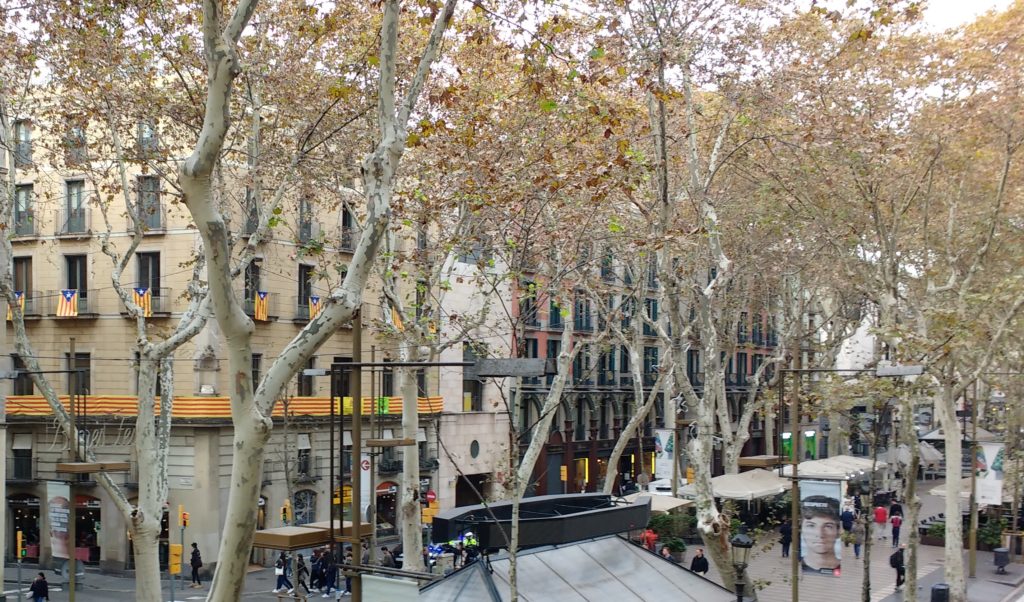 I spent Thanksgiving week in London and Barcelona. London is gearing up for Brexit, to leave the European Union, and Barcelona’s preparing for an election following the recent vote for their province of Catalunya to secede from Spain. I worried it would be crazy over there, maybe dangerous. But after the US, I felt like I’d left a place of chaotic insanity for a healthy safe atmosphere that I used to define as normal.

But my chaotic insanity is some people’s normal. Apparently there are American citizens who felt as threatened by President Barack Obama, or almost-President Hillary Clinton, as I feel by the current occupant of the White House, who to me is so threatening that I can’t call him the president of my country. I watch him gleefully dismantle economic recovery measures, and environmental protections, and just about every strand in the social safety net, and I see a crazy dangerous man who is deeply hostile to the values of community and justice that for me define my country. My expat friends in England told me that most of the world sees him, not me, as an accurate representation of my country: it’s not about community and justice, but warfare and profit, oppression and exploitation. 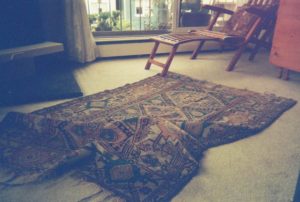 And I look at my cat, fighting the imaginary mice under the living room rug; and I wonder: Are they imaginary? Maybe in her metaphor, she’s keeping me safe from deadly demons.

So here we are, preparing to celebrate Christmas. The birthday of a man we know was not born on Dec. 25, whose coming was probably not announced by a new star, whose humble manger was not surrounded by adoring cows, donkeys, shepherds, and wise men, much less by falling snow; whose mother was probably not a virgin, nor visited by an angel. We celebrate a metaphor. You could say Christianity has perceptively linked the values of Jesus, from rebirth to nonviolent resistance and love, with the winter solstice, when the sun turns back in its path across the heavens, and daylight stops getting shorter, and we can trust that warmth will soon return, and lakes will thaw, and crops will grow, and life will be safer again.

I still hope that someday I will know and understand a larger reality than this. But right now my job is to be human, and I have to live by a metaphor, not a full knowledge of truth. And since this metaphor is incomplete, I cherish the values we celebrate at Christmas: the brave generosity, the community, and the commitment to justice which offer our best hope of keeping us, and life, and our world, safe and healthy.

Meditation for the Church for the Fellowship of All Peoples, San Francisco, December 10, 2017