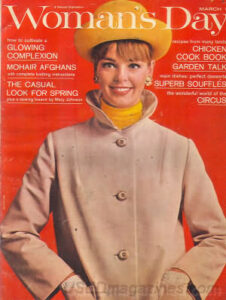 I’m writing this on March 8, also known as International Women’s Day. What does that mean? When I was little, Woman’s Day was a magazine full of recipes and household tips, similar to the women’s section of the newspaper. Nobody told us there had been a National Women’s Day in the United States since 1909, following a declaration by the Socialist Party of America. It became International Women’s Day two years later and moved from late February to March 8. Nobody I knew ever celebrated it, or was aware that it existed.

You probably heard Elizabeth Warren’s response, when she withdrew from the presidential race, to the “trap question” of sexism. “If you say, ‘Yeah, there was sexism in this race,’ everyone says, ‘Whiner!’ And if you say, ‘No, there was no sexism,’ about a bazillion women think, ‘What planet do you live on?’”

I and a lot of my friends wondered what planet the men were living on when they watched Warren, on the debate stage, take out $500-million campaigner Mike Bloomberg in about two minutes. Apparently the Democratic establishment missed it. They came away asking, “So which of these two men has a better shot at standing up to Donald Trump? Bernie Sanders or Joe Biden?

It reminded us of our own professional careers. The times when you’d be in a meeting and you’d suggest how to solve some problem or other, and the men at the table paid no attention, until ten minutes later a man made the same suggestion, and they jumped all over him: Hey, great idea! Brilliant! Or when you’d get the transcript of the proceedings of a conference and every word you said was attributed to the man sitting next to you, who’d never opened his mouth and in fact barely spoke English.

We thought when Barack Obama was elected that the white male ruling class would stop shutting out every voice but their own. Obama rescued the U.S. economy; he welcomed nonwhites and nonmales as full participants in this nation. It seemed like the tide was finally turning, until Hillary Clinton won the 2016 presidential election, but, whoops! She didn’t win the Electoral College. 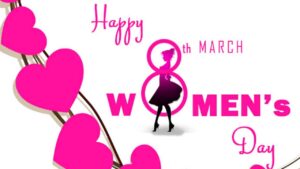 So here we are in March 2020, standing on the bridge between Black History Month and Women’s History Month. I understand that the powers that declare these things mean for them to honor the overlooked. But what it feels like is somebody clicking Like on Facebook — black history, yeah! women, yeah! — and then going right back to business as usual at the Old Boy Network.

Yesterday was my birthday, and some friends and I were reminiscing over dinner about the ’50s and ’60s. One friend, who graduated from prep school and Yale and became a expert in motorcycle restoration, talked about what Russia was like in those days. His grandfather was a Russian theater designer. We talked about how the U.S. got into the Vietnam war, and what we all did to try to stop it. It was a wonderful evening of sanity and sanctuary from the media circus that our government has become. Circus, in the sense the Roman emperors used that term: give the people bread and circuses, and keep their attention away from what’s going on behind the curtain.

But there we were — as Shakespeare put it in Henry V, “We happy few, we band of brothers.” Reminding each other of the hope and determination we felt when we were 25, and how far out of control our government was then, as it is now. There was my 25-year-old nephew, Robbie, who’s spending four years with Teach for America in Oakland, and set up a political science seminar for his advanced students, so they can be informed participants instead of spectators. He’s trying to do now what we were trying to do then. And what many of us are still trying to do: affirm our need for a growing understanding of all peoples, and our commitme

nt to build a fellowship, a beloved community, where all voices are heard and respected.

So as we head toward one more presidential election between the last of the dinosaurs, we’re also moving closer to a day of reckoning. It’s a very frustrating time — for me, for a lot of women, and others, because we know you can’t solve a problem with the same approach that created the problem. Given the current federal policy of bread-and-circuses, it’s not surprising that a lot of people are embracing frustration, and anger, and fighting back. What I hope we can remember is: That doesn’t work. I choose to think of Black History Month and Women’s History Month as celebrating the overlooked voices in America who have exactly the wisdom to offer that America needs. The dispossessed, as theologian Howard Thurman noted, have an advantage: they’ve had to learn to be smarter and more creative. Like Jesus of Nazareth, Mohammad, Mohandas Gandhi, Martin Luther King, and other great religious leaders (none of them rich white men), they know we need to live the change we want to bring about. They recognized that all creatures on this earth are children of God. Each of us has talents and experience that are needed in this very challenging time. Let’s get out there and use them.