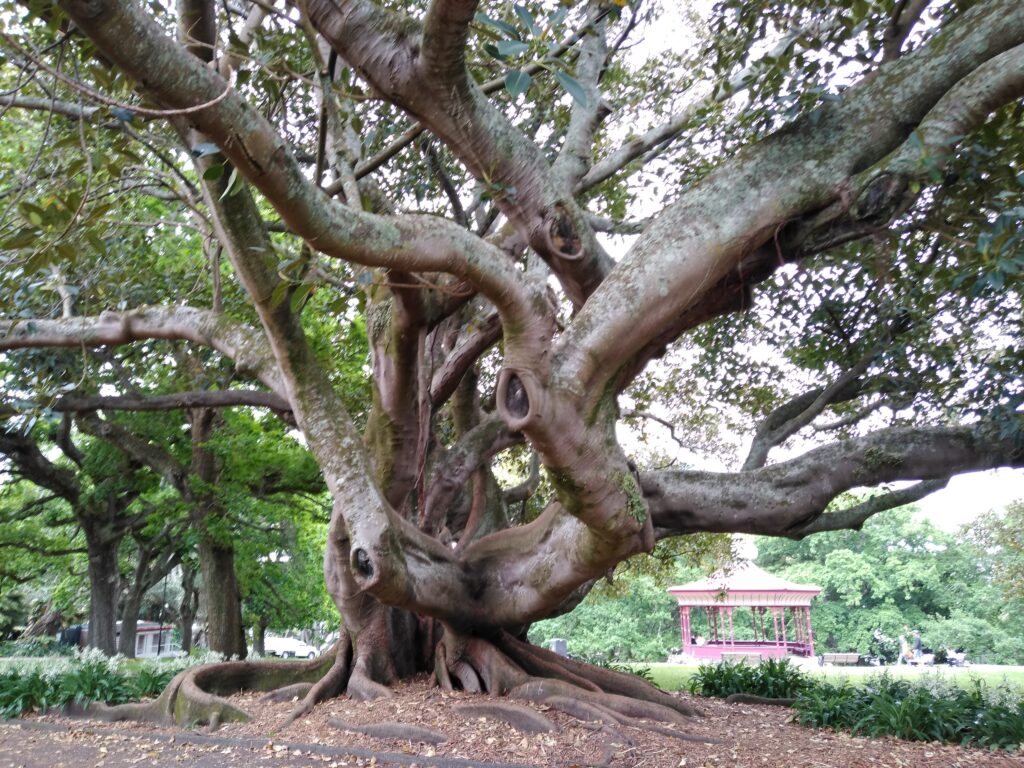 It was the Golden Age mysteries of Ngaio Marsh that first piqued my curiosity about New Zealand. How could someone who wrote like Agatha Christie come from a country so foreign from hers or mine? — ornamented by different flowers and birds, forested by different trees, overhung with different stars? It’s taken decades, but on Nov. 7th I finally embarked to find out: curled up for the night in my San Francisco airplane seat and woke the next morning in Auckland two days later. 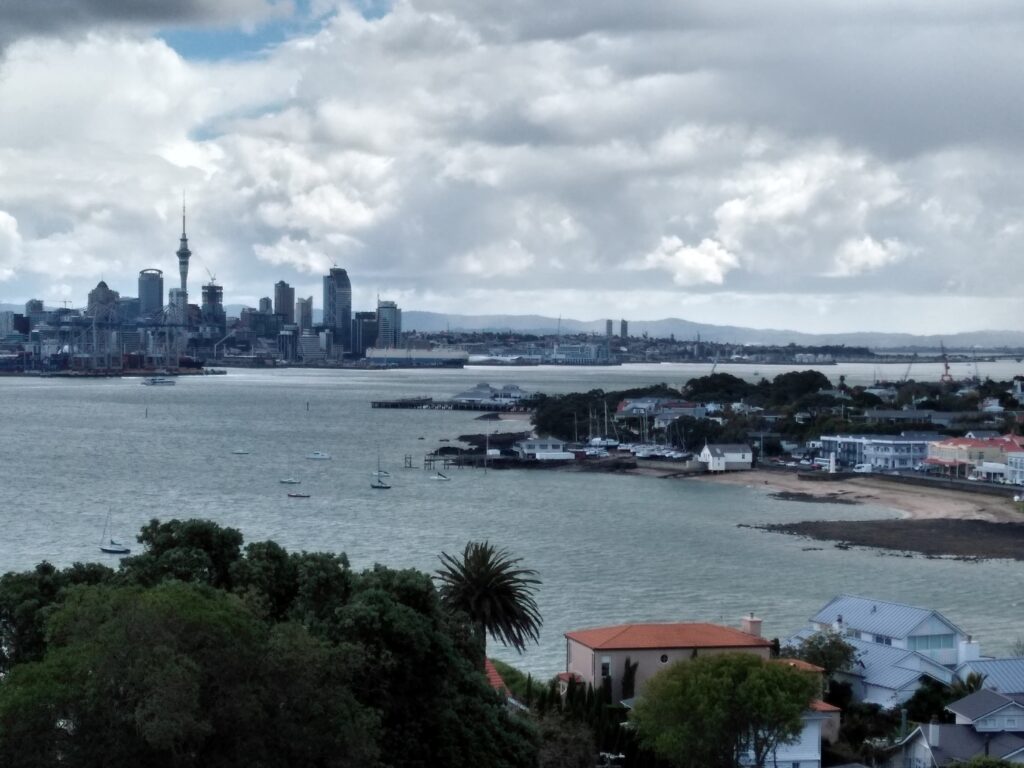 Since I wanted to see as much as I could of two large and diverse islands I know very little about and may not get another chance to visit, I joined Road Scholar’s small-group tour “A New Zealand Odyssey: Indigenous Culture & Natural Beauty.” Before meeting my fellow travelers, I explored the harbor, ate fresh-picked strawberries, snap peas, and pears from the Saturday farmers’ market (it’s spring in NZ), walked up Queen Street to admire 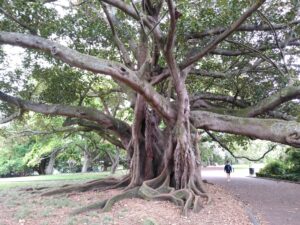 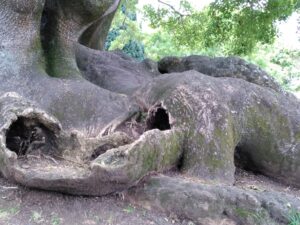 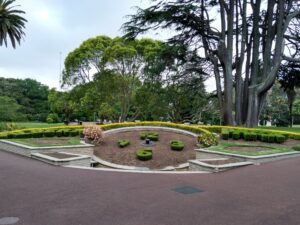 and then caught a bus to the zoo.

A gatekeeper told me I’d missed the penguin feeding but should just catch the kiwis. Odd! I stepped through the kiwi door into a long dark space where I couldn’t see a thing. After a few minutes, trees and bushes appeared behind a plexiglas wall. After several more minutes, I spotted two moving shapes. They didn’t look like kiwi fruits, as I’d vaguely expected. They looked like Edward Gorey characters: furry brown egg-shaped bodies the size of small geese, round heads with long beaks, chasing each other furtively through the underbrush on chopstick legs. No photos: kiwis are nocturnal, hence the dark enclosure. So is the goggle-eyed owl (ruru in Maori, morepark in English) who abruptly flapped and shrieked to life.

In the zoo’s aviary I climbed a wooden staircase into treetops and waited. First came a medley of songs — whistles,  warbles, tweets, chuckles — I’d never heard before. Then came the parrots: the small green red-crowned kakariki, similar to San Francisco’s conures, followed by the larger brown kea. Through the leaves I spotted a fat black-and-white bird whose name I can’t remember. My favorite was the tui, a blackbird (rainbow-sheened in sunlight) with wavy white collar-feathers and two improbable cotton-ball neck puffs. I learned the next day it owes its wide vocal range to having two larynxes. 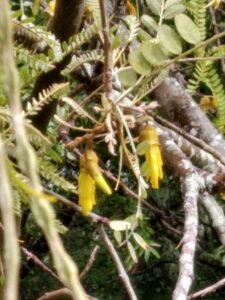 It also has a tongue even longer than its beak which evidently has co-evolved with legume trees including the yellow-flowered kowhai: feeding on nectar deep inside the blossoms, the tui pollinates the tree.

The zoo was closing, so I hopped the bus back to the harbor. My hotel is near the water, but in between a new subway station is under construction, with all the obstacles that entails, from night drilling to fire engines which fortunately were just wrapping up a false alarm. Back home in San Francisco, night had fallen around the hour I said goodbye to the penguins, cormorant (called a shag here), and white rhinoceros. Grateful for those several extra hours of daylight, I set about unpacking and adjusting to New Zealand time. 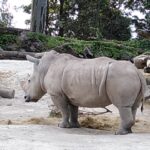 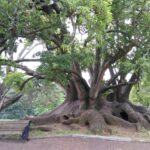 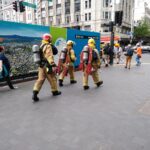