The pen is mightier than the sword. As a writer, I’ve always loved that idea. Not that either swords or pens carry much weight these days. Even Alexander Hamilton and Aaron Burr used dueling pistols. Is Microsoft Word mightier than an automatic rifle?

The marchers against gun violence last weekend were hoping the people with pens in Washington are mightier than the people with swords. But those pen-wielders haven’t shown much respect for words. It’s ironic: here we are at the epicenter of English, the most universal language ever, and what are we doing with it? Advertising. Tweets. Cell phones that finish our sentences. A president with a third-grade vocabulary who uses language as a weapon. It doesn’t have to be true; just keep shooting. Like the slogans in George Orwell’s novel 1984: War is peace; freedom is slavery; ignorance is strength. In 2018, all of those contradictions are realities. Dystopian is the new normal.

Make no mistake about it: language matters. Last week when one GOP senator promised to hold a fulsome hearing, I wondered: Does he know that fulsome doesn’t mean full? It means stinky, or disgusting, or excessively flattering. Was he telling the truth on purpose? Language is often used as camouflage. Look at an academic journal article or scientific report. Is there information in there, or just hedging of bets? Look at our June ballot proposals. Is this a subtle form of voter suppression? I have to laugh when I hear the White House deny that the Russians hacked into our election results. Why would they bother, when they can get such a huge return on investment posting fake news on social media? Fluency in language is essential for critical thinking — Step One in telling fact from fiction. 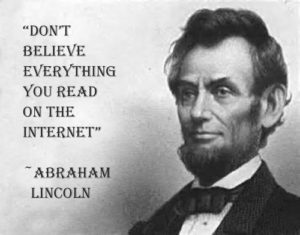 You know Facebook now has a link in those dots in the upper right corner where you can flag a story as fake news. The problem is our yearning to believe any story that confirms what we already think.

Paying attention to language is work. “Use your words” is not a skill humans are born with. We have to be taught to communicate by speaking, instead of hitting and hollering. Recently my friend Felix Justice asked some of us to remember being four years old. The memory that called up for me was, what a savage I was. My sister and I constantly tried to kill each other. Not that we understood killing. What we understood was power. Control. Just like the self-described grown-ups who run governments and gangs. There’s equality: In this economy, the White House, the Mafia, and the drug cartels speak the same language. Not English, to communicate. 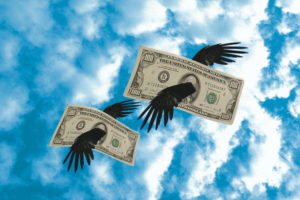 Money. The 21st century’s lingua franca for power. If you have it, you’re a winner. If you don’t, you’re a loser. When people squeeze the universe into a ball, as TS Eliot said, when they reduce the interactions between humans and all forms of life and energy into slogans, there’s no middle ground. No negotiation. No reaching across the aisle. For that, we need language.

A lot of outstanding writers came to English as a second language. Vladimir Nabokov. Joseph Conrad. Or because a band of conquerors forced their ancestors to learn it. I’m working with an Italian immigrant to North Beach right now, a retired restaurateur who’s turned to writing; he’s having a ball with English, piling up adverbs and adjectives and circumlocutions like frosting on a wedding cake. It’s a wonderfully rich tool. Many of the great bilingual Nigerian, Indian, and South African writers, among others, chose English so they could reach the widest possible audience. Some point out that it’s a double-edged sword: a gift of oppression. Some are amazed that we who were born with this gift appreciate it so little. 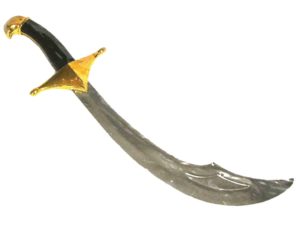 My favorite comment about that contradiction, that irony, that paradox, is by the Chilean poet Pablo Neruda. He was writing about Spanish, but as part of the international brotherhood of writers, I suspect he was thinking of English, too.

What a great language I have, it’s a fine language we inherited from the fierce conquistadors . . .
They strode over the giant cordilleras, over the rugged Americas, hunting for potatoes, sausages, beans, black tobacco, gold, corn, fried eggs, with a voracious appetite not found in the world since then . . .
They swallowed up everything, religions, pyramids, tribes, idolatries just like the ones they brought along in their huge sacks . . . Wherever they went, they razed the land . . . But words fell like pebbles out of the boots of the barbarians, out of their beards, their helmets, their horseshoes, luminous words that were left glittering here . . . our language. We came up losers . . . We came up winners . . . They carried off the gold and left us the gold . . . They carried everything off and left us everything . . . They left us words.

Originally presented as a meditation at the Church for the Fellowship for All Peoples, San Francisco, March 25, 2018.