Lessons from My Dad, and Trump’s Secret Weapon 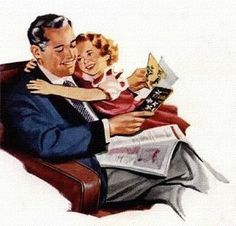 A loving, encouraging father is one of the biggest breaks any girl can get. First, he’s a source of food, shelter, and moral support. Second, he’s a role model and guide. Third and not least, he’s a tutor in how men and women interact. I remember my college psychology professor telling us that the biggest factor in whether an adult woman has a satisfying sex life is the warmth of her relationship with her father.

My dad was a generous, outgoing, physically attractive and affectionate man. Hugs were common in our house. With no brothers, and mostly boys living on our street, I was encouraged in sports: badminton, volleyball, softball, and basketball, as well as fishing, sledding, ice skating, and horseback riding, and games like tag and hide-and-seek. Dad also was my supportive partner in designing gadgets, cars, even houses. 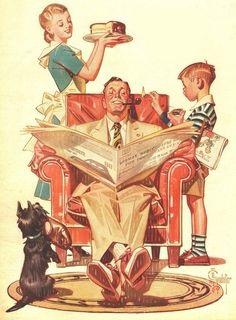 In our cultural tranche, traditional sex roles ruled: Men supported the family by going out to work, women by staying home to look after the house and kids. The up side was that nobody had to think much about identity, at least on the macro level. You knew from birth how you’d be spending your life.

On the micro level, individuality meant there were plenty of fine points to negotiate. The kitchen was Mom’s domain, but if Dad was a better cook, he might take over for Sunday brunches, or grill a lot of burgers on the patio. Money was Dad’s responsibility, but if Mom had a better head for figures, she might be the one to balance the checkbook.

Being the official head of household, the husband held more power than the wife. The range of a woman’s pursuit of happiness, and her children’s, too, was shaped by whether he treated her as a servant, a mistress, a fragile treasure in need of his protection, a trophy to be envied by other men, and/or a respected partner. 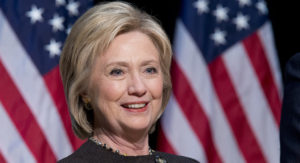 Now that the Democratic Party has nominated America’s first female candidate for president, our country is starting a long-overdue conversation about gender biases — particularly the ones we don’t recognize. Daniel Bush gives a good overview of the problem in The Hidden Sexism that Could Sway the Election on PBS’s website. He observes: “Social science evidence, primary exit polls and my interviews with researchers and dozens of voters indicate that white men’s attitudes toward Clinton are driven by a complex mix of conscious and subconscious sexism.” 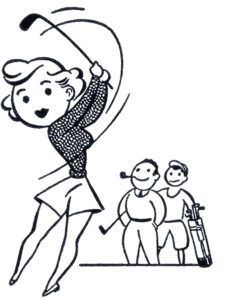 That’s my dad. He subscribed to what researchers Susan Fiske and Peter Glick have dubbed ambivalent sexism: “I like women a lot, as long as they don’t trespass on male turf.” An early shock for me was the day Dad came home from a golf game fuming against his country club for making his foursome (all male, as golfers should be) wait for a group of women players. A few years later, when he was looking for a new secretary, Dad rejected Betty, who came highly recommended by his close friend John Doe, because she called her ex-boss John instead of Mr. Doe.

“Bias in general, whether it’s directed at gender, race, or anything else, is more automatic than people think,” said Susan Fiske, a leading researcher on prejudice and stereotypes who teaches at Princeton University. “And it’s also more ambivalent than we realize. So that makes it harder to detect in ourselves.” 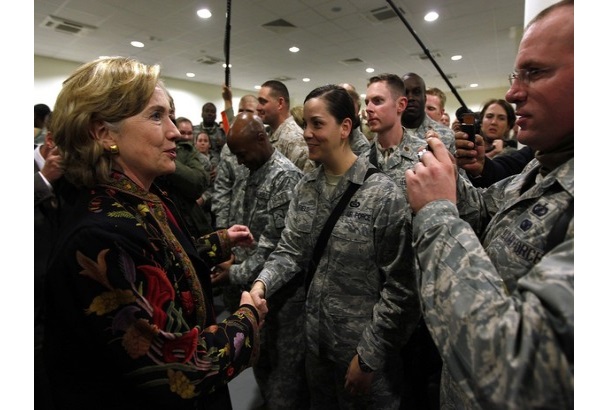 “The more female politicians are seen as striving for power, the less they’re trusted and the more moral outrage gets directed at them,” said Terri Vescio, a psychology professor at Penn State who studies gender bias. “You’re damned if you do and damned if you don’t. . . . If you’re perceived as competent, you’re not perceived as warm. But if you’re liked and trusted, you’re not seen as competent.”

I suspect my dad would have been one of the millions of white men now refusing to vote for Hillary Clinton. I hope he would have been one of millions who’ll be persuaded between now and election day by their wives, daughters, sisters, and mothers to poke into the dark corners of prejudice they’d rather keep hidden. I vividly remember the jolt when Anita Hill’s accusations against Clarence Thomas opened discussions in offices all over the country which revealed to thousands of shocked men that every woman they work with — yes, every single one — had experienced sexual harassment.

Most of all, I hope that over the next three months, American men like my dad will open their hearts and their minds and vote for the most qualified presidential candidate: Hillary Rodham Clinton.