Escape from Fiction: Lunch at the Beach

Day 3 of a heat wave. Why I love San Francisco, #6: I can clear my head with a long lunch break — set aside book-cover design, music credits, and marketing strategies to zip out to Ocean Beach for a Chino’s burrito and a walk in the hot sun and chilly sea. Three other beaches are closer, but the road to this one runs through a flower-speckled, eucalyptus-scented park, along a clifftop above the Golden Gate, to a wide stretch of sand where there’s nothing but water between me and Japan. 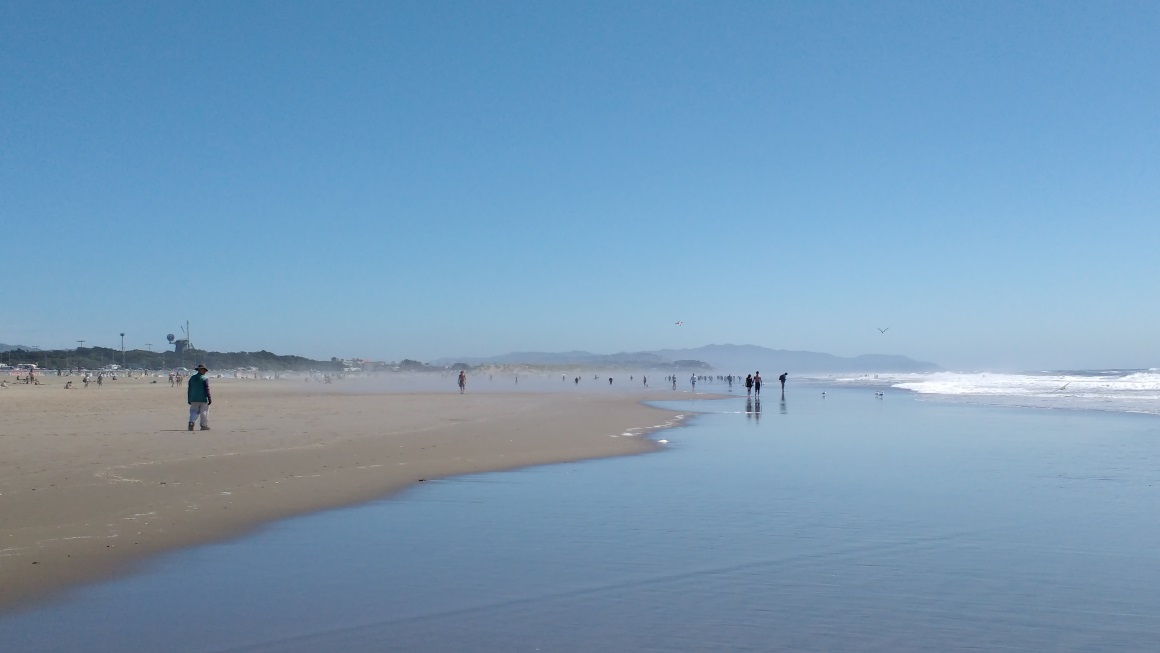 Or, usually there isn’t. Today the horizon’s encrusted with a rim of white, as if a glacial island had drifted in to block sea traffic. That’s the famous San Francisco fog massing offshore to invade the bay. Splashing into the shallows below the Cliff House and Sutro Park, I can feel its chilly breath. I look south and see an unexpected vagueness, a blurry octopus-arm of fog reaching across the scorching sand. People stroll into it and disappear. 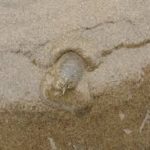 Tra-la, it’s May! A lusty month for sand crabs, evidently, as well as for songwriters. Desiccated shells and legs spatter the high-tide line. Gulls fly, swoop, dive, and do their flat-footed Charlie Chaplin waddle through the foam, waiting to snatch whatever the next wave brings in. Each wave launches a flurry of scuttling as beached crabs dig for safety, or, failing, roll over and over toward the undertow. When I reach the Disappearing Fog Zone, I look down at my feet and see thousands of tiny semi-transparent baby crabs in the swirling water.

For half a minute I stop walking, to avoid stepping on them. But nature is profligate with life. Whether it’s green grass or wet sand under our bare feet, we’re always squashing something. 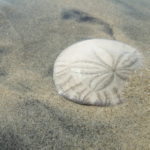 Nature also is profligate with beauty. The sand dollar I pick up (is it alive, to be thrown back? — no, let this bleached shell lie, a find for some other treasure-hunter) awes me with the delicately etched five-petaled design on its back; but to the gull behind me, that’s just a wrapper to rip off in search of a meal.

As humans discover that animals communicate, feel emotions, form social groups, make tools, and cross one wall after another that we thought separated us, is our appreciation of beauty the last frontier?

What about creativity? Writing, for instance?

I left my cat curled up in a rocking chair and my characters safely stowed in a French hotel room. Now I can feel someone’s breath on my neck. Not the cat. Two lovers are following me down this beach.

She’s recalling something he told her in Paris: It always clears my head to be in San Francisco. Is that happening now? His eyes, hidden by sunglasses, gaze at the green-glass waves rising and then crashing into a champagne froth. Is he thinking of his friend who was bludgeoned to death long ago with a bottle of Dom Perignon? Or wondering why no surfers are out today? They pass a bevy of maidens — as common to beaches as gulls — who pretend to be scared of the water, daring and teasing, shrieking when a wave sneaks up and licks their feet. Across the sand on the inland side, pink flowers cascade down a fake-rock cliff face, under a waxing gibbous moon which floats in the baby-blue sky like a Portuguese man-of-war.

In about two minutes she will pick up a piece of shell sculpted into the shape of a gull, and carry it over to a pool where she can rinse off the sand. He’ll wait for her, until the unforgettable moment when she reaches over a log left by last night’s bonfire revelers and discovers — 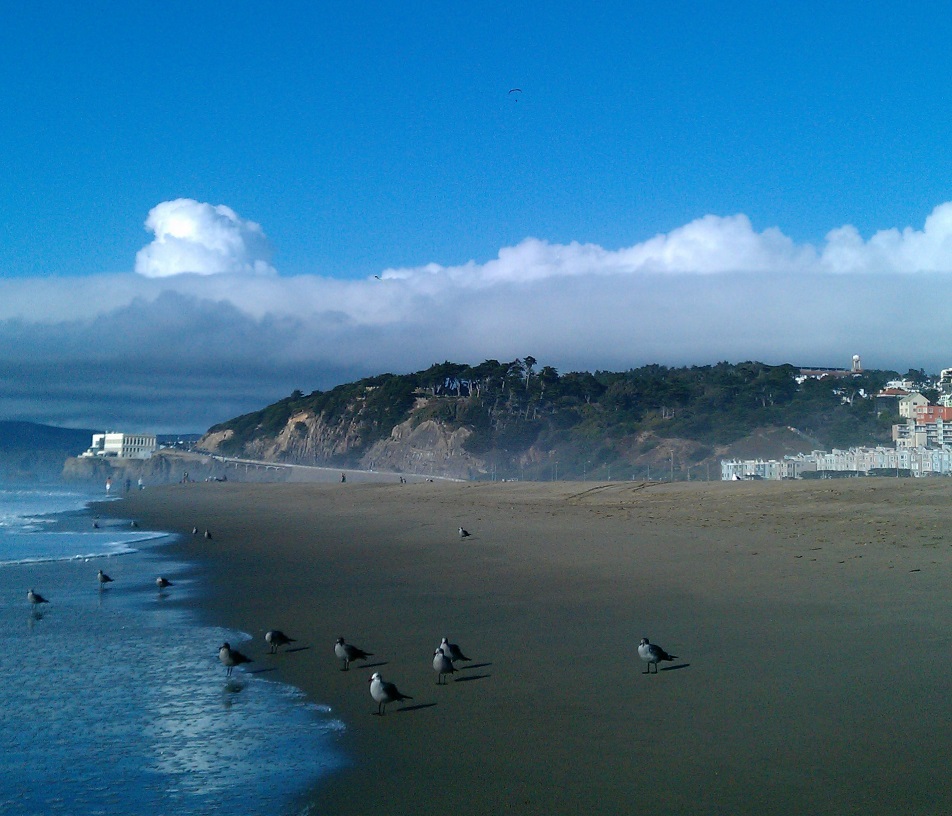